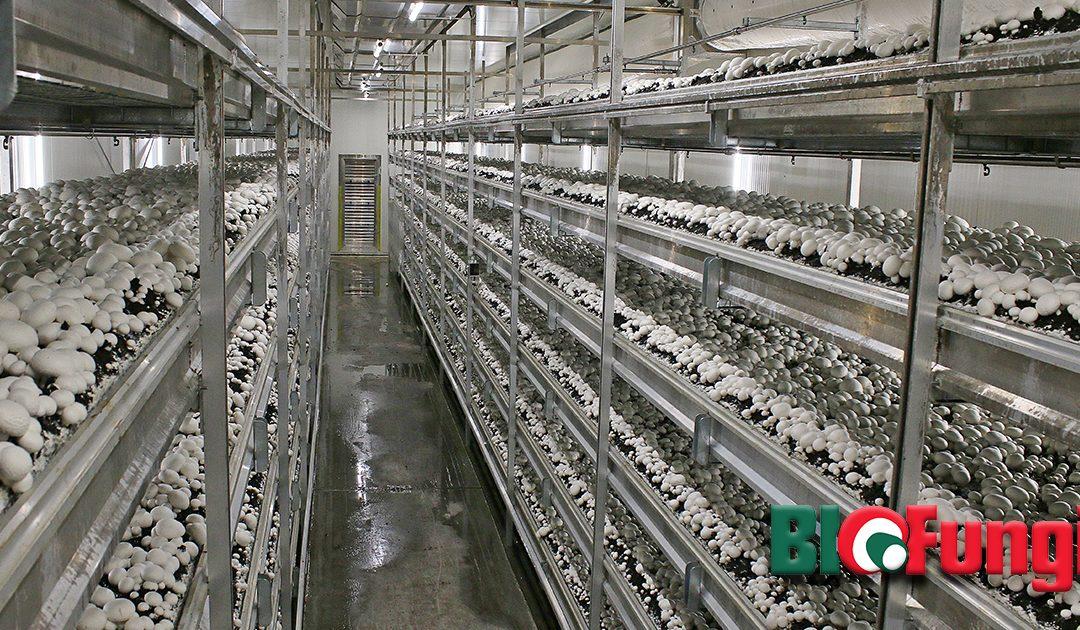 Harvesting has become the biggest problem facing the mushroom industry. In this third article of a series that chronicles the unique challenges of the mushroom growing industry, Daniel Dajewski from Agro-Projects tells us why.

The prospect of extremely monotonous work in enclosed, cool growing rooms does not entice willing volunteers, particularly in richer and more developed societies where such a labour shortage can rarely be solved by banal wage increases. People simply do not like this kind of job.

As Polish manufacturer, Agro-Projects, has been building and equipping farms all over the world for years, we can clearly see that the high cost of mushroom picking in Europe explains why mushroom production is developing faster in Central and Eastern Europe. Essentially, mushroom production is more economically viable in regions with lower salaries and greater availability of labour; yet harvesting remains the number one problem – and it’s getting worse.

About 20,000 people work as mushroom pickers in Europe, receiving between €0.1 and €0.5 for each kilogram picked, depending on the country and type of product. In addition to the cost of wages, most farms must fund the organisation of appropriate working conditions and housing needs for pickers – even building entire hostels, since many pickers come from other regions or countries. 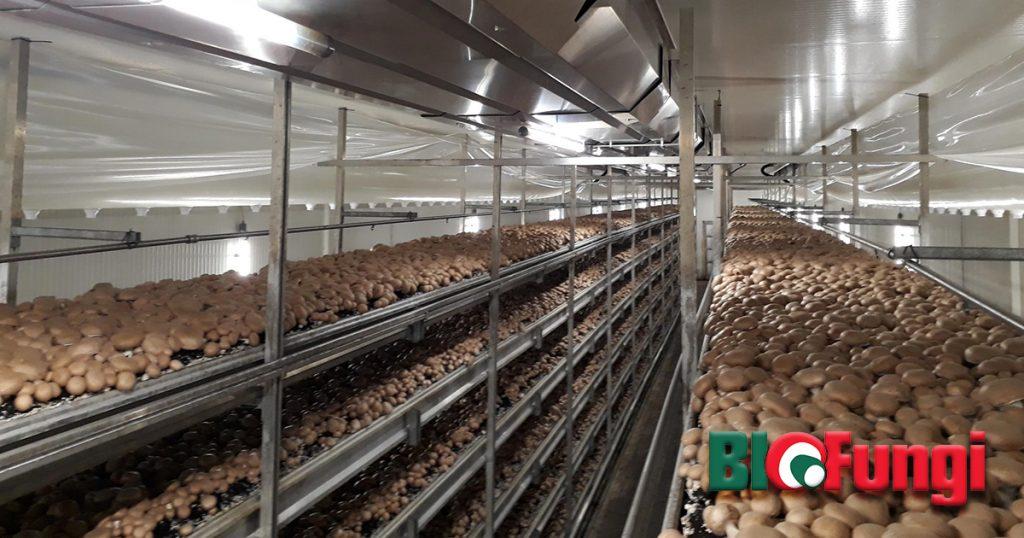 For these reasons, mushroom farms have been trying for decades to reduce the need for pickers. Mechanised harvesting has been successfully employed since the 1990s, but the results of this approach are only suitable for the processing industry, as the damage ratio of mushrooms is significant. The fresh market, which accounts for approximately 80 percent of consumption, requires harvesting by hand.

The requirements of mushroom picking automation has two elements. The first is correct mushroom selection (which requires greater discernment than just picking the largest on the shelf). The second is actually grabbing and pulling the mushroom from the compost, while inflicting minimal damage to the mushroom.

Both tasks are challenging, but the first has been successfully achieved with support of new technology and artificial intelligence, while the second – the development of an artificial ‘hand’ – remains in active development. Numerous experiments with various kinds of suction cups have been unsuccessful and currently the most promising developments imitate human fingers and movements. Industrial samples are already in production, but the speed of picking, cost and quality of the process are not sufficiently adequate in relation to the required investment (capex).

There is little confidence in the realisation of fully automated mushroom farms within the next 10-20 years. Thus, due to the specialised requirements of mushroom growing, hybrid solutions (human and robot) seem the most feasible.

What can increase the speed of mushroom picking?
Given the challenges for robotic solutions, arguably greater efforts are being made in developing equipment that allows human pickers to increase their efficiency. A simple example is that many farm owners are ready to invest in semi-automatic picking trolleys (lorries) that facilitate easier and faster mushroom harvesting. The number of enquiries Agro-Projects has received regarding the supply of such equipment has grown significantly in the last two-three years.

This global trend to increase picking efficiency is evident, with mushroom growers and technology suppliers opting to leave the most complex functions that are not yet within the power of robots to pickers, and delegate the simpler ones to machines or robots. Pickers must select the mushrooms to be picked with or without the support of AI and pull them out from the growing shelving. However, trimming a stem, placing it on a tray, moving the trays, and even sorting and calibrating mushrooms can be easily achieved by machines. 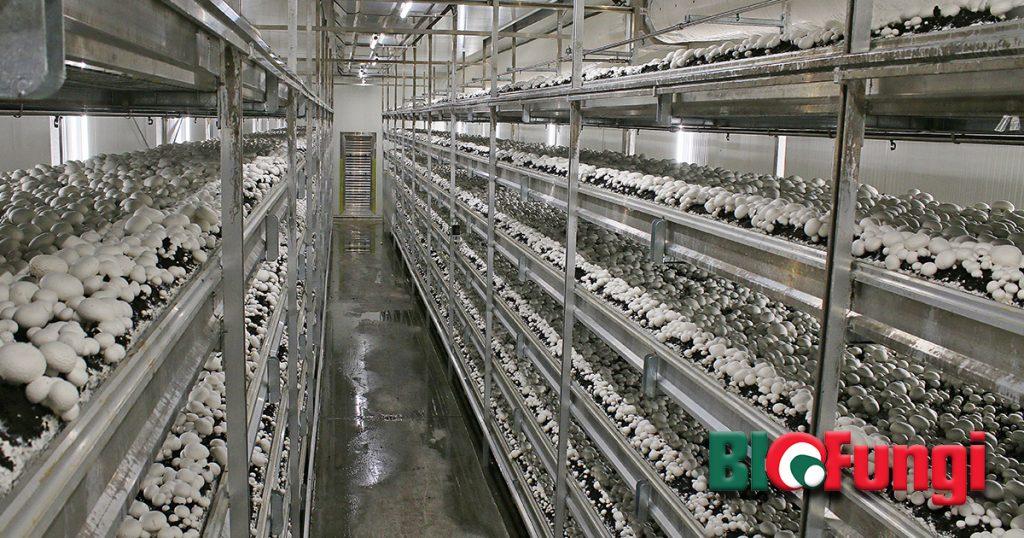 By relieving a person of having to cut the mushroom stem, you free up the hand in which he previously held the knife, allowing the opportunity to pick using both hands. The job can be made easier by tilting the growing bed towards the picker – such ’tilting shelves’ are already being designed.

New developments aim to place a person in a well-lit room with a pleasant climate, remove the need to bend over thousands of times a day, and simultaneously increase productivity. To achieve this, engineers are creating a shelf that moves to the person, rather than a person moving along the shelf.

However, the decision to build such a mushroom farm must take account of the huge investment required for such advanced technology, as well as the time it will take to build it. Those investments will significantly impact the production cost, such that despite being less human labour, the cost of production will probably be higher.

Automated trolleys are now the most popular investment in picking
In the meantime, many existing farms and those under construction – including many of Agro-Projects’ clients – are tackling the more mundane tasks to improve the harvesting process, implementing relatively simple things that cost less but give the greatest effect.

Since mushrooms grow on mushroom shelving racks – long multi-level constructions – a trolley is usually suspended on wheels from the rack, the platform of which can move between levels, and can also move along the shelving. The traditional trolley meant that moving up and down between levels required reinstalling the trolley ‘balcony’ by physical force and moving the rack by pushing it by hand. 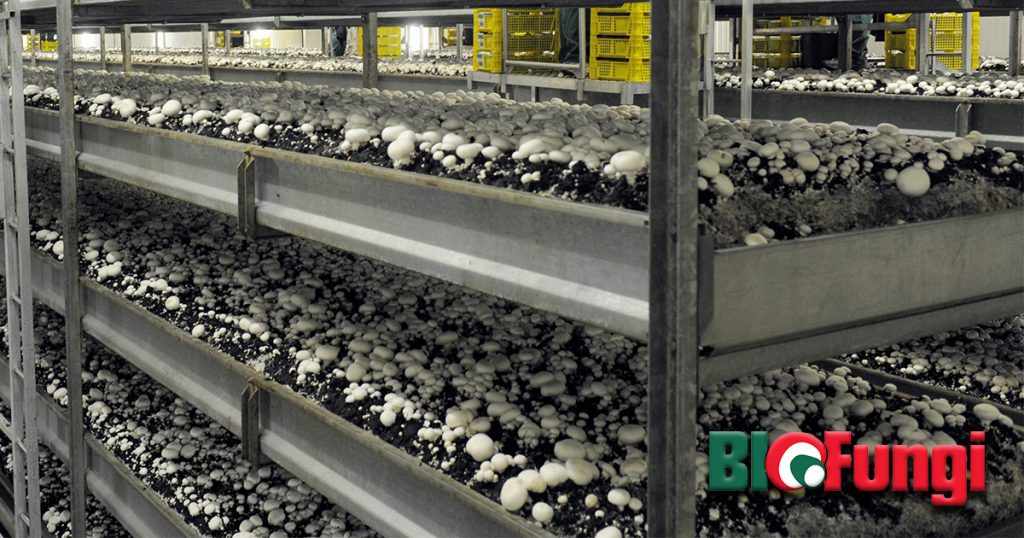 Modern farms want to spare their workers such effort to make the process more enjoyable and effective. Modern solutions, which are quite inexpensive, make it possible to equip the picking lorry with battery-powered drives making the task much easier. In addition, some are capable of precise positioning of the trolley – both vertically and along the rack – which means less tilting and easier access to the mushrooms. This kind of harvesting lorry easily adapts to pickers of different heights. Additionally, new trolleys can also be constantly moving slowly horizontally along the shelving, leaving the pickers to concentrate on picking.

Remember that a mushroom from the beginning of a workday to its end can increase by up to 40 percent in weight – every kilogram can be sold for additional money. That is the reason why you should give mushrooms the opportunity to grow, rather than cut them out in the morning. By simplifying the movement with semi-automated picking trolleys, pickers can revisit the same area of mushroom shelf four to five times a day, with an interval of several hours, ready to pick newly grown mushrooms. Another benefit is the picker gets the opportunity to pick mushrooms of the same size in one pass, requiring less sorting, fewer containers, and with better concentration.

Harvesting has become the single biggest expense for mushroom production; in some countries, such as the Netherlands, it tends to exceed even compost, which has traditionally been the largest cost. Semi-automated picking trolleys are the most popular investment currently being made by mushrooms growers – providing the highest return in terms of performance. Their great advantage is they can be used on almost any existing mushroom farm. Our customers report increased picking speeds of 15-30 percent compared to regular trolleys.